Active in North America since the ’80s, business here for Siemens Mobility is still going strong. 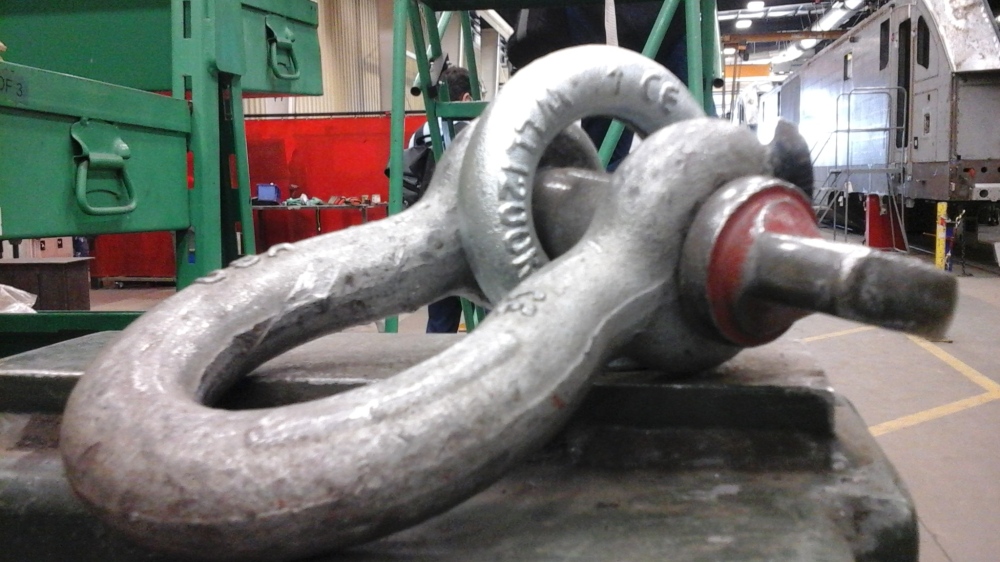 In recent decades, there has been a noticeable revival of rail in the US and Canada. The volume of passengers is rising, the number of rail routes and networks growing, and modernisation is the name of the game for infrastructure and rolling stock.

In line with this development, over the years Siemens has steadily built up a multifaceted business in rolling stock with a portfolio comprising light rail vehicles (LRVs) for both the inner and outer city, trams, locomotives, and, most recently, rail passenger coaches.

All these segments are centred around a flagship 60-acre plant in Sacramento, north of San Francisco. 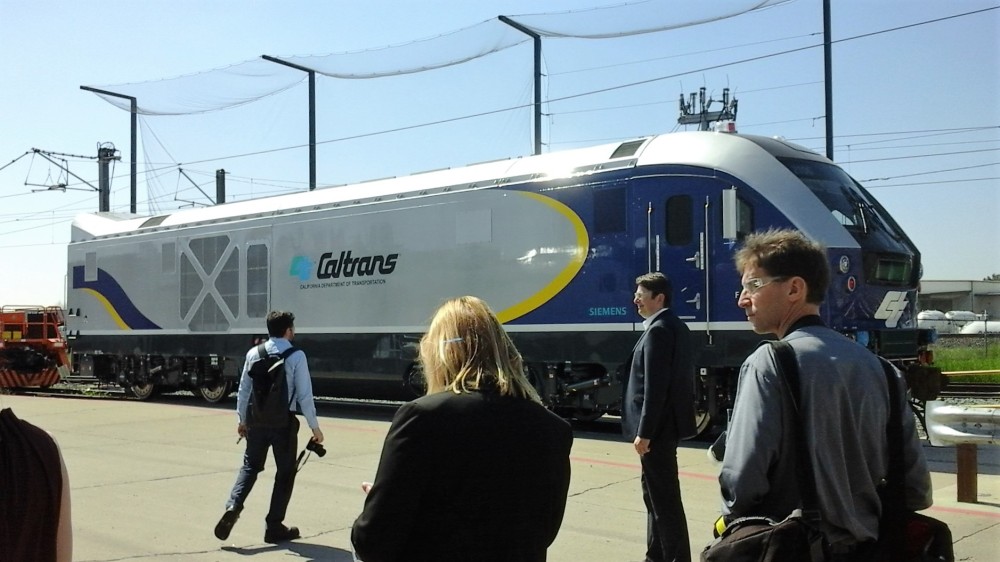 Purchasing the Sacramento facility in 1992 was an important move, enabling the company to develop and nurture skills. 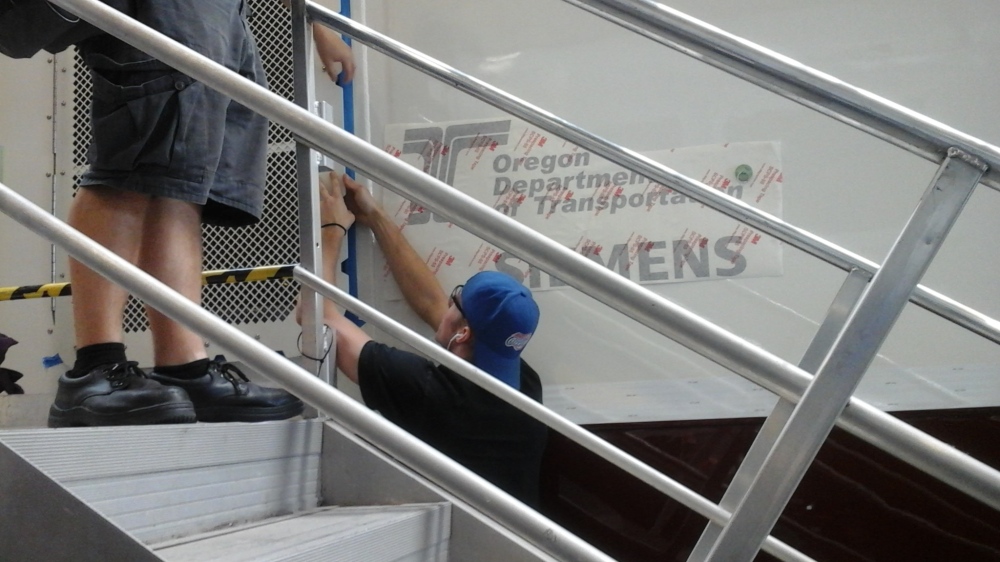 Today the plant employs a workforce of around 800 and boasts full manufacturing capabilities that include design, engineering, testing of carshell bogies, sub-assembly and final assembly. 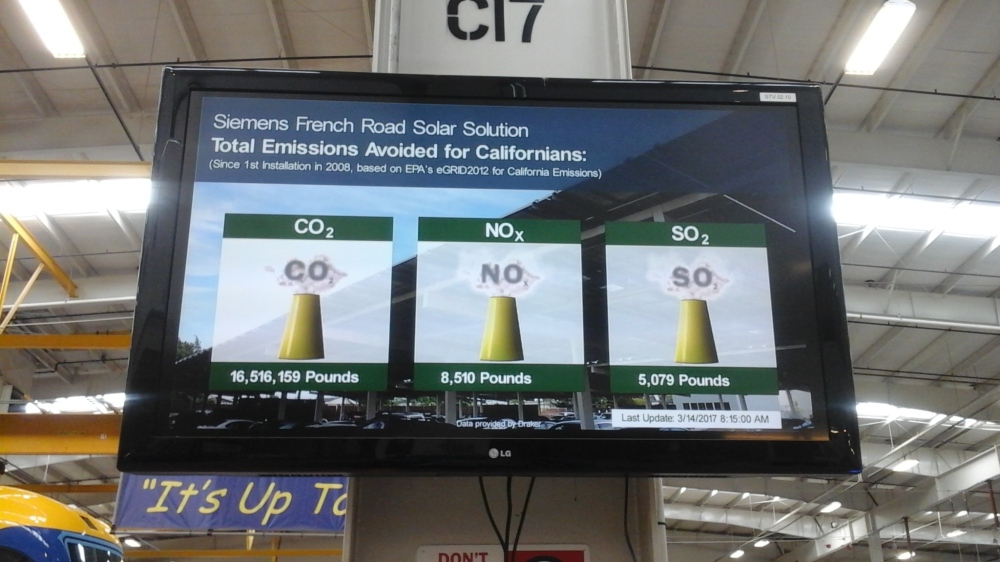 Putting down permanent roots and investment in expertise over the years appear to be paying off.

Today, Siemens is the only constructor in North America to manufacture welded bogies, it is the market leader in LRVs, and has recently landed some milestone vehicle contracts, of which a major tram order for San Francisco.

Famous for its tramway the world over, be it in film, TV, fiction, or daily life, San Francisco is stepping up a gear.

Yet the popular system is already over capacity and the fleet over two decades old.

Furthermore, with upwards of 130,000 new households and 310,000 new jobs expected in and around the city within the next 20 years, boosting the network capacity and efficiency is a must.

The whole order, placed following a competitive tendering process, is worth an estimated US$830 million (£642m). Roll-out will take place over 2017/18.

“It’s important for us to learn from previous procurements to avoid repeating mistakes, one of which was that we didn’t buy enough tram cars last time round,” says John Haley, Director of Transit, SFMTA.

The S200 has been developed from the constructor’s S70 model, of which over 1,300 vehicles are currently operating across North America.

Each two-car unit has capacity for 203 passengers, will eventually replace the entire fleet currently operating, thus serving to both upgrade and expand the Muni system.

“What’s exciting is that out of the total units on order, the first batch of 64 will expand the existing fleet,” said Mr Haley. “Of these, nine will be delivered, and possibly even enter commercial service in 2017, which will have a major impact on crowding.”

Despite some impressive rolling stock orders, Siemens Mobility isn’t resting on its North American laurels. While building trains, trams, and LRVs remains at its core, the constructor took a strategic decision in 2009 to develop vehicle service, maintenance and repair activities.

To consolidate this move, 2015 marked the opening of a new 60,000 square-foot facility (near the flagship Sacramento site) solely dedicated to growing these segments.

Why diversify? “To smooth the gaps between rolling stock orders that might or might not come,” explains Peter Tuschinski, VP Strategy and Development, Siemens Rail Systems Division.

“In response to changes in the market, it’s evident to do more in the rail services space like maintenance, technical support, spare parts, digital services and upgrading,” expands Chris Maynard, head of Customer Service.

“With a service life of at least 30 years but with technology changing so fast, rolling stock has fallen into the technology game. The challenge today is how to get different generations of trains talking to each other and so operating as one, rather than separate fleets.”

Perhaps staying one step ahead of the game is another reason for the company’s staying power in North America. “Most of the OEMs out here don’t do services like this, just as we didn’t some years ago” – Mr Maynard.

Digitalisation – getting trains and tracks talking

While continuing to multiply its rolling stock and rail service contracts across North America, going forward, Siemens is also determined to stay ahead of the digital game.

“We are spending considerable time and money on digital services, which is probably one of the biggest emerging markets,” says Mr Maynard.

Through the power of digital technologies, going forward Siemens plans to ramp up the added value it offers customers. This may take the form of energy efficiency, regenerative braking, eco-driving and vehicle analytics for rolling stock.

Systems for infrastructure are on the cards too. “For the railroads, we can put in a box at level crossings that talks to other track equipment and enables remote inspections,” explains Mr Maynard.

April 2017 marked the launch of Digital Rail Services, a new business that will use smart sensors and advanced software platforms to put intelligence behind billions of data points created on the country’s rail systems.

By bringing infrastructure and vehicles into the digital era through this ‘Internet of Trains’, Siemens says it is looking to help operators reduce unplanned downtime, improve operational efficiency, enable improved business planning and performance, as well as generate energy and cost savings.

“With our Digital Services business, we’re taking not only experience from our global rail footprint, but also our extensive company-wide digital expertise to turn billions of data points into action.

“[This includes] the ability to detect malfunctions well before they can cause problems and information that helps improve arrival times and punctuality for riders.”

Together with Siemens, the City of Atlanta and Charlotte Area Transit System (CATS) will be among the first transport actors to take digital steps by putting big data to use from its existing fleet to improve operations and safety.

Opened in August 2017, a new locomotive service hub in New Castle, Delaware is implementing the latest in digital and predictive technology.

High speed on the horizon

Last but by no means least, Siemens has high-speed rail in its sights too. Yes, it will be making a play to build trains for the California project, if and when it takes off. In anticipation, the constructor has already purchased land to extend its Sacramento footprint.